What are Binary Stars?

Most stars are found in groups of stars that are gravitationally bound with each other. The majority of these stars are found in binary systems which are systems of two stars in orbit around a common center of mass. One can classify binary stars based on their appearance from earth. Stars that are far enough apart to be distinguished from each other are known as visual binaries. Other binaries are too close and far away to be seen separately but can distinguished using the doppler shift of their spectra. These are spectroscopic binaries.

In rare instances, such as with the star Algol the binary stars are close enough so that the eclipse one another. In this case, one can calculate not only the mass of the binary star systems, but also the radii of the stars. 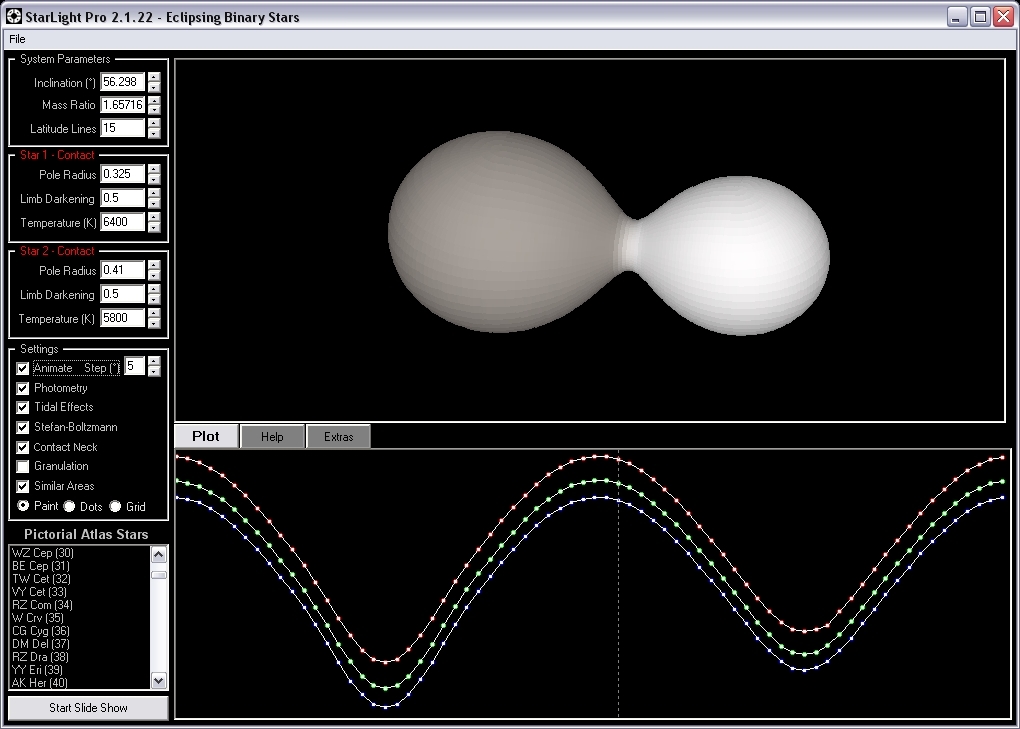